Update 1: The House has passed the bill. Here are changes to current tax code.

UPDATE 2: Senate has passed the bill. Here is how senate version differs from house version.

UPDATE 3: The final version of the bill is released.

UPDATE 4: The House has passed the final version of the bill.

UPDATE 5: The Senate too has passed the final version of the bill.

The US is poised for tax reform and there are ongoing debates about how to make it fair for all. With any changes in tax law or tax codes, there are going to be losers and winners. What about Seniors? How does the new proposed tax bill by the house republicans affect seniors? We will explain.

Lawmakers have proposed eliminating medical deductions on itemized returns and this could be a major issue for many seniors who have high medical expenses. Under current law, seniors can deduct medical expenses that exceeds 10% of gross income. It’s a fact of life that older folks have greater medical expenses. Chances are, more senior citizens would be negatively affected by this proposal and face a larger tax bill.

While there were talks about changing 401(k), lawmakers have finally decided against it. While we don’t know how things will turn out by the time this bill is voted on, as of now, apparently there are going to be no changes to the retirement saving accounts. That’s certainly a positive news for seniors!

AARP has promised to keep an close eye on the bill and notify seniors if they needed to communicate with their senior citizen members.

We will be updating this blog if there are new developments and newsworthy changes in the bill especially if we believe many seniors will be affected by the changes. Until then, enjoy crunching the numbers and figure out if the new tax plan is good for you.

The house passed the bill, Tax Cuts and Jobs Act by a 227-to-205 vote. Below are quick provisions every senior citizen should be aware of. Please remember, this is not the final version of the bill. Senate still has to act upon it.

Medical deduction will be GONE

Medical deduction was the single most provision every senior citizens were anxious about. Bad news, house bill scrapes that. According to AARP, millions of senior citizens will end up paying more in taxes as a result. From 2021, you will not be able to deduct your medical expenses.

Tax brackets will be simpler and reduced to 3 brackets. See the chart below to see Tax bracket under GOP Tax plan.

Tax deduction will be raised $12,000 per individual but it will scrap personal exemption of $4050 and $1250 for seniors over the age of 65. In other words, although it looks like different number, seniors will get almost same deduction ($11,650 previously vs $12,000 under new plan) compare to the previous tax code.

What deductions and provisons exists under GOP Tax plan?

There are 3 major deduction which will remain but with slight changes. If you itemize, you can deduct the following.

What provisions are eliminated under GOP tax plan?

Below are the provisions and deductions that are eliminated under the GOP Tax plan:

You can see more detailed explanation of changes below:

Stay tuned and come back later on to see if anything changes after it goes through the senate!

Those are some of the important changes on the senate version of the tax bill. Please note that senate version too would eliminate SALT deduction and you can only deduct up to $10,000 in property taxes. The medical deduction intact sounds promising for senior citizens, but you will have to wait and find out how the final version would look like.

Currently House and Senate are trying to reach a deal on the final version of the bill. That then would be the actual bill after being signed into law. We will update when the final version is released and will point out how it will affect senior citizens! Stay tuned!

Senate and House conference releases final version of the bill

The final version of the bill is now released. This will become law if/when it is voted on and signed by the president. Currently, there are enough vote for its passage. There are many changes to the current tax code but we will be focusing on the provisions that will affect senior citizens and elderly folks.

See a screenshot from CNBC that differentiates between House and GOP version of the bill.

This could indirectly affect senior citizens. This tax bill repeals individual mandate provision from Affordable care act (ACA), also widely known as Obamacare. ACA required people to get health insurance or pay the fines to help keep the premiums from rising for everyone. After repealing this requirement, many younger and healthier folks will choose not to get health insurance and that will force insurance companies to raise premiums for other to make up the loss. AARP claims this fallout could mandatory trigger spending cuts including Medicare.

Personal exemptions will be gone. Individuals can deduct $12,000 and married couple can deduct $24,000.

Mortgage deduction for current homeowners will not change but new homeowners can deduct on Mortgages of up to $750,000 only.

Charitable deductions are allowed unchanged until 2025. After that, limits will be placed on how much you can deduct.

References and other important articles we recommend you to read:

We will update you as the situation unfolds. Stay tuned!

Final Version of the Bill has passed the House of representatives

On December 19, 2017, the house of representatives has passed the bill mostly along party lines. Almost all republicans voted for the bill and most democrats voted against it. At this point, the bill is headed to the senate for vote. The whole country is anxiously waiting for the final outcome and we will update you as soon as there is an update! Stay tuned!

Final version of the bill has passed the Senate

Senate now has passed the final version of the bill. The bill was supposed to be ready to head to the president’s desk but due to minor legislative errors, there needs to be minor corrections and House will be re-voting on the bill. But this is only going to be mere formality. The passage of the final version of the bill is now virtually guaranteed. We will update you when the bill is signed and actually becomes a law of the land. Stay tuned! 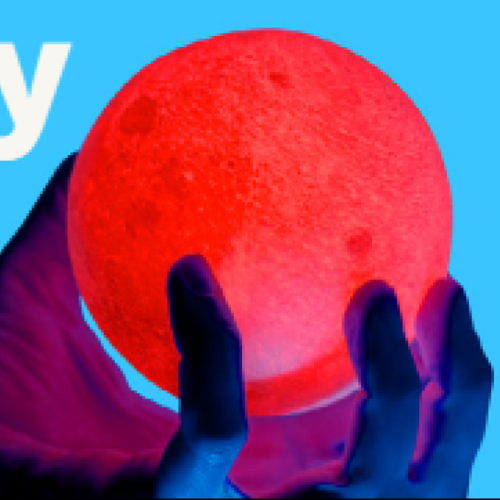 EliteElderly Teamhttps://www.eliteelderly.com
EliteElderly is an online blog/Magazine fully focused on the senior citizens. We will be writing ideas and tips that seniors will find very interesting!

5 easy ways to reduce costs as a senior citizen

Stretching Exercises for Senior Citizens: How Often and What Type?

When it comes to travel, seniors are often on a fixed income. This means that they have to...
Fitness

Yoga is one of the earliest form of exercise that is in practice since ancient time. Many see...
Finance

5 easy ways to reduce costs as a senior citizen

It is no secret that many senior citizens are on a fixed income and saving money serves them...

Consider following us on social medias so that you are always upto date on new resources published here!

When it comes to travel, seniors are often on...

Yoga is one of the earliest form of exercise...

When it comes to travel, seniors are often on...

Yoga is one of the earliest form of exercise...